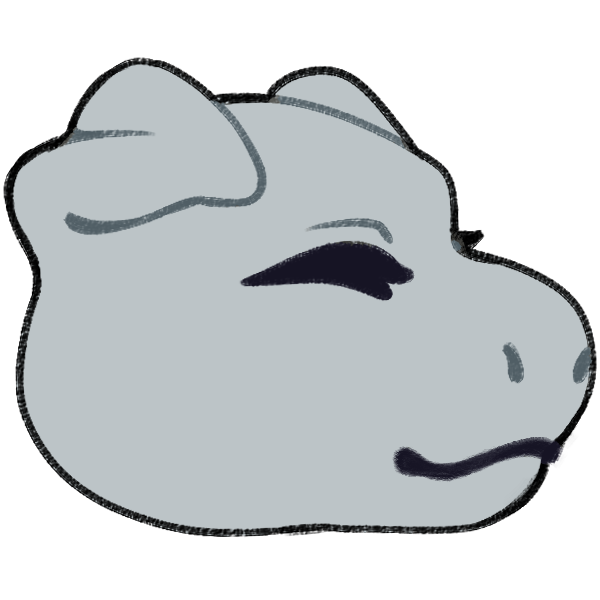 This face shape is common and gives the mhoat a softly rounded snout; the nose and mouth line up and don't alter the face shape in any noticeable way. 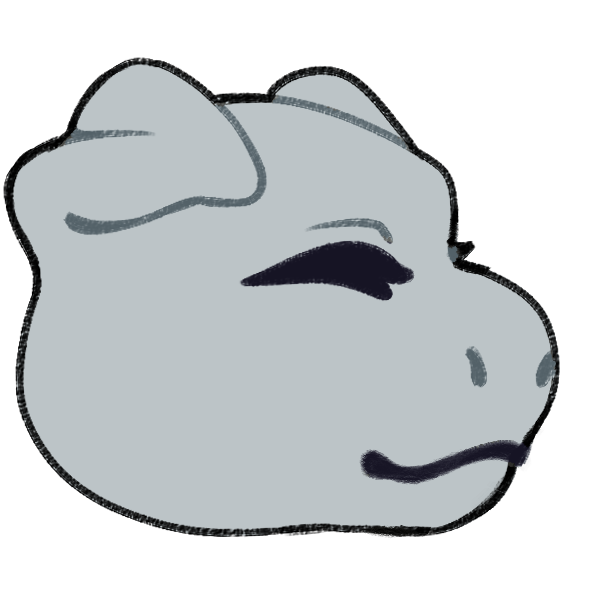 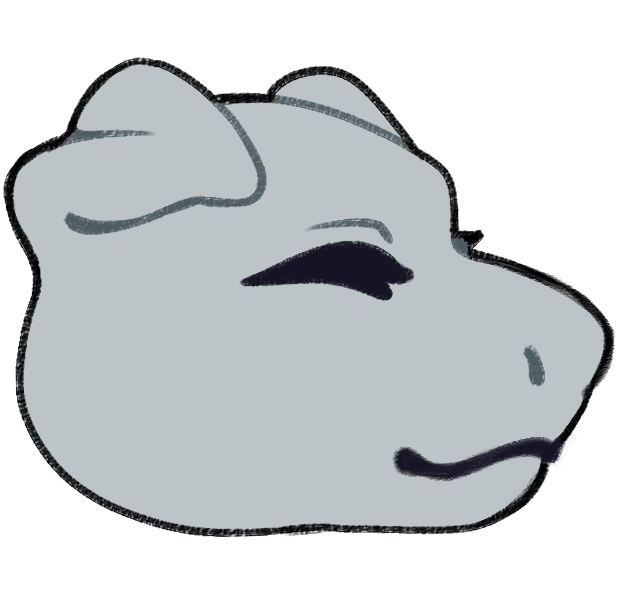 This face shape gives the mhoat a slightly pointed and narrowed snout that can protrude slightly past where the mouth ends. 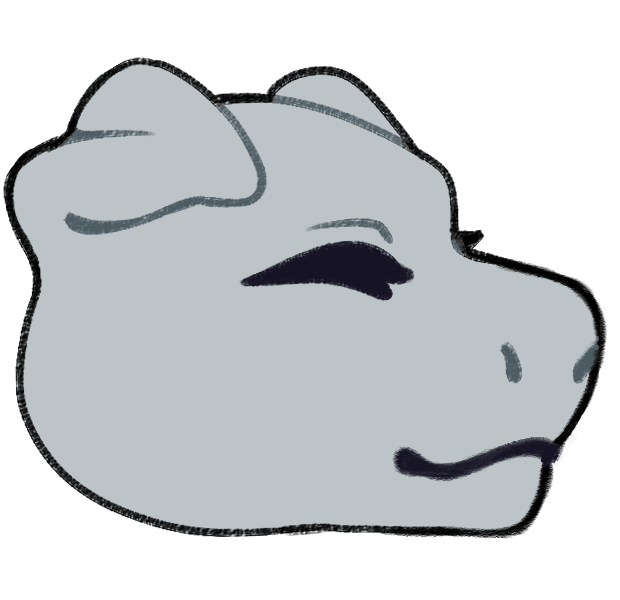 This face type gives mhoats a blocky snout that appears more angular in profile and at times can exaggerate the proportions between nose and chin. 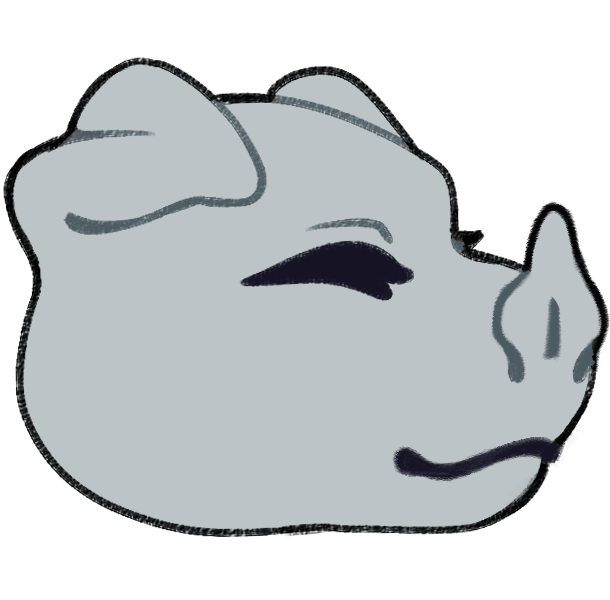 Mhoats with this face shape can be merged with the other face shape types, but they always have an additional shaped flap on their nose that resembles various types of bats. 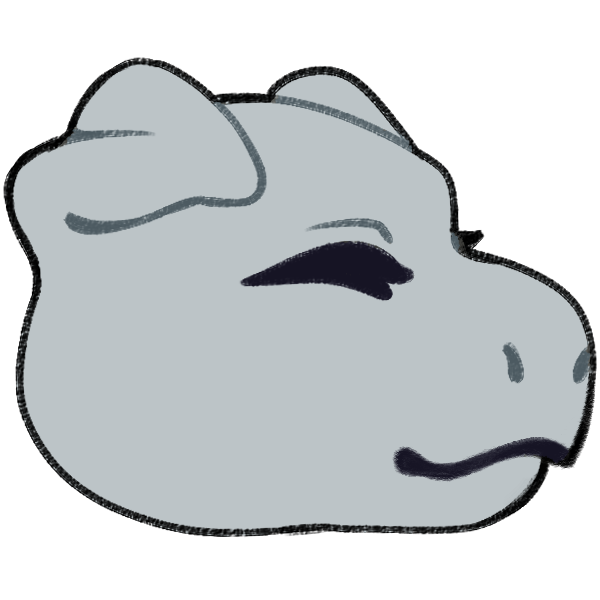 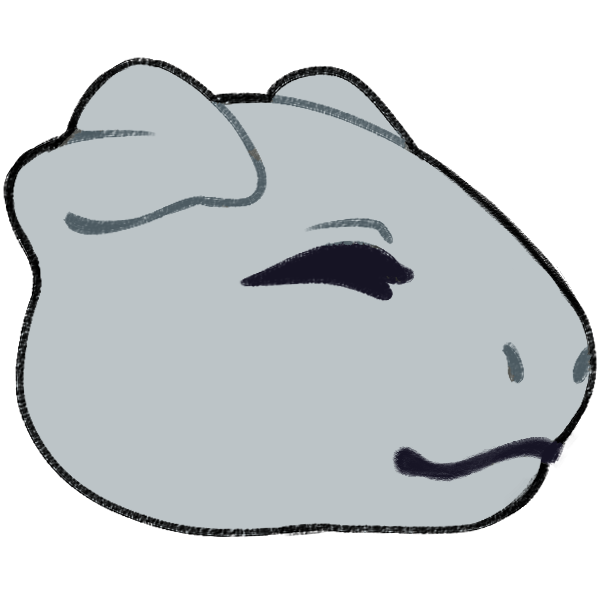 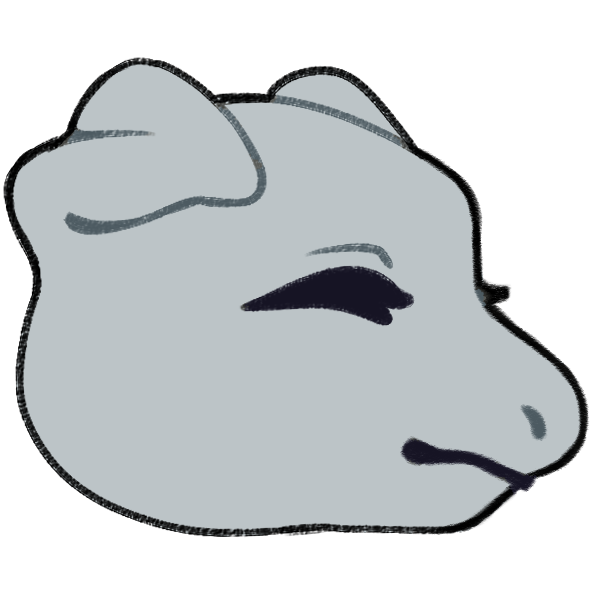 Mhoats with this face shape have noses that taper down close to the mouth making the snout appear somewhat pointy and in turn, this can make the break between nose and forehead appear slightly more exaggerated and alien-like. 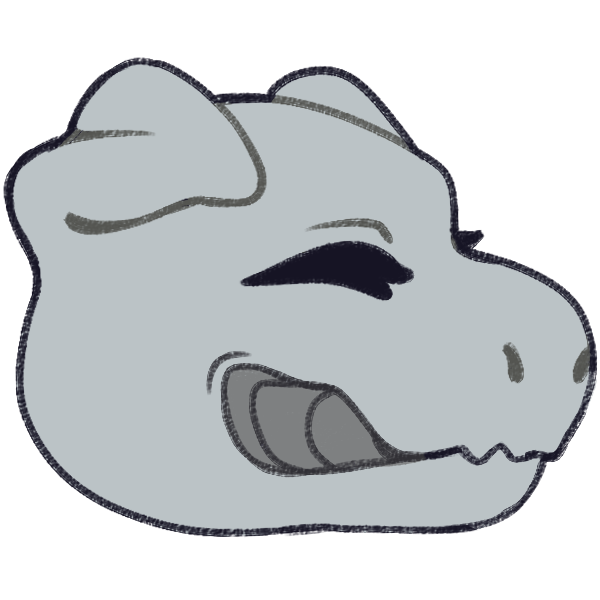 This trait causes a mhoat's face to appear either partially or fully skeletal, the example shown for the trait is on the minimal side of the spectrum for this trait.  Any part of the skeleton that shows an internal part of the mhoat, like in the example should be made of the goo colors, which means at its most extreme this can make the entire face appear as a goo-colored skull. 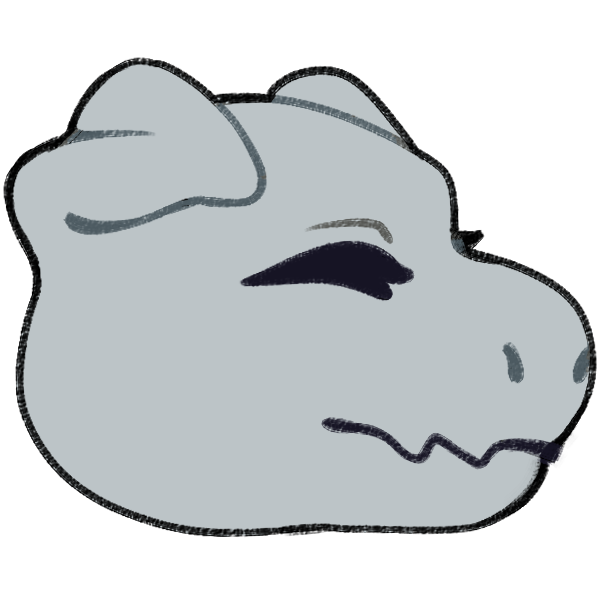 Mhoat mouths may have any variation and still remain standard so long as it doesn't affect the overall face shape. The main exception to this is when the mouth appears beak-like, at which point we would require the beaky face trait to be used. 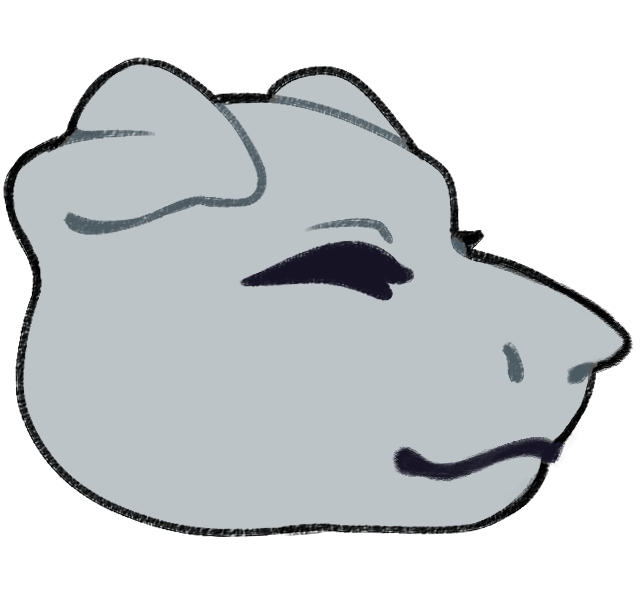 This trait extends the nose on a mhoat's face so it resembles a goblin shark. In turn, it also affects the jaw, meaning a mhoat with this trait can extend their jaw forward when taking a bite. 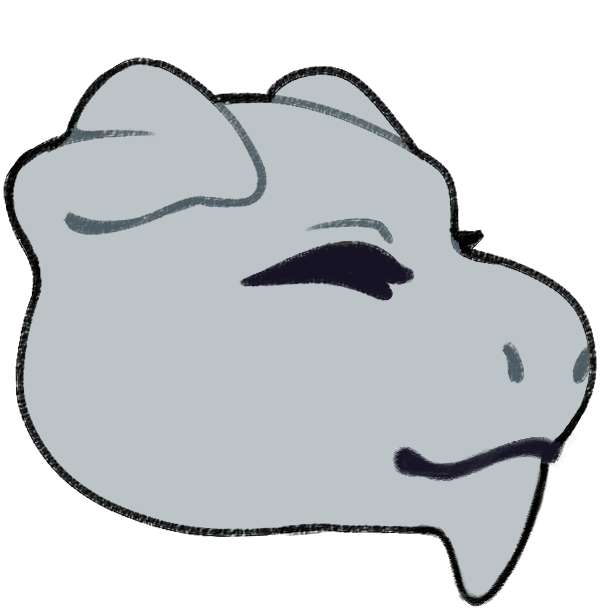 Mhoats with this face shape tend to have an extended chin; it is possible for a small tuft of longer hair to grow at the tip of this chin. 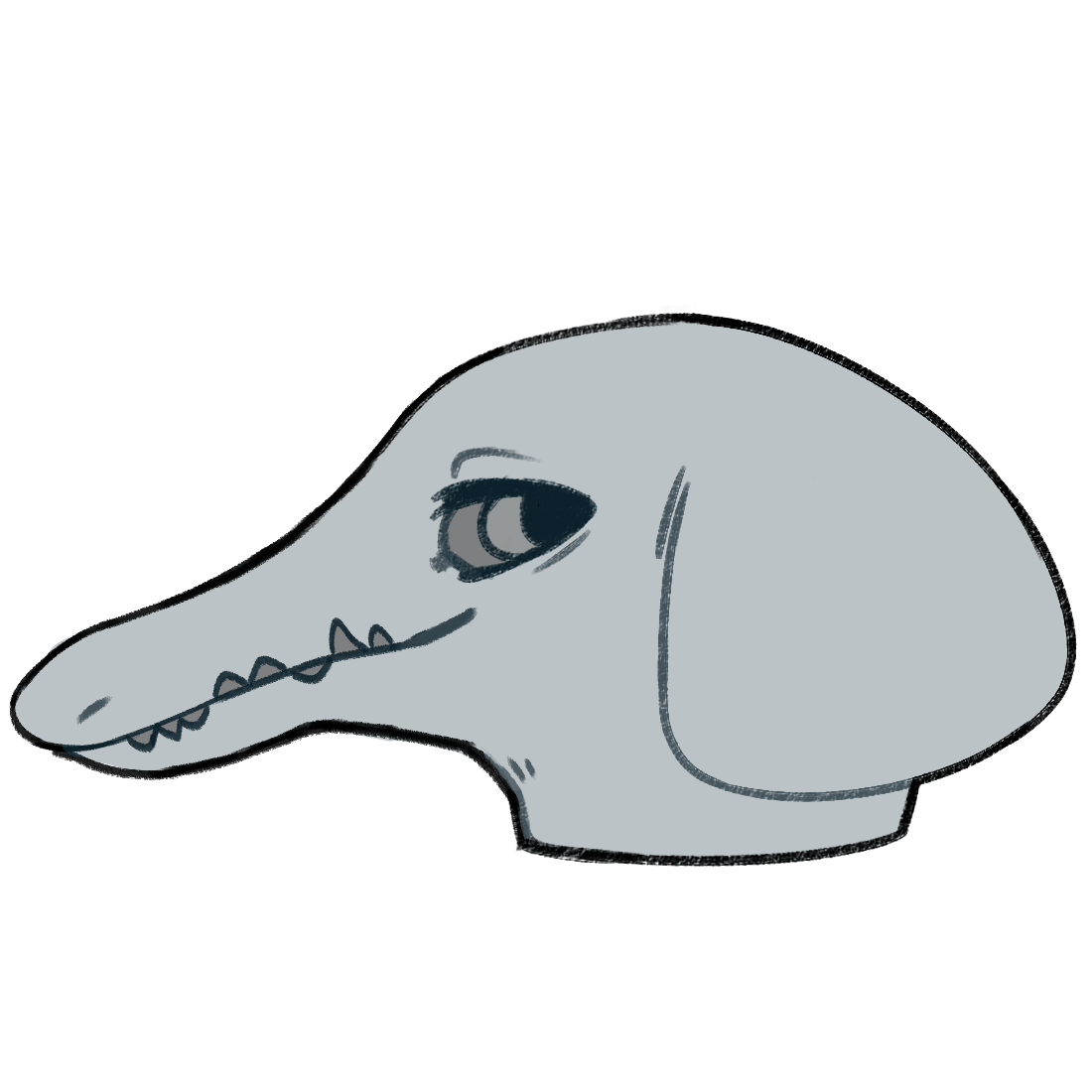 Aquatics with this face shape tend to have a long narrow snout and when paired with crocodile teeth it can resemble creatures like gharials or spinosaurus. 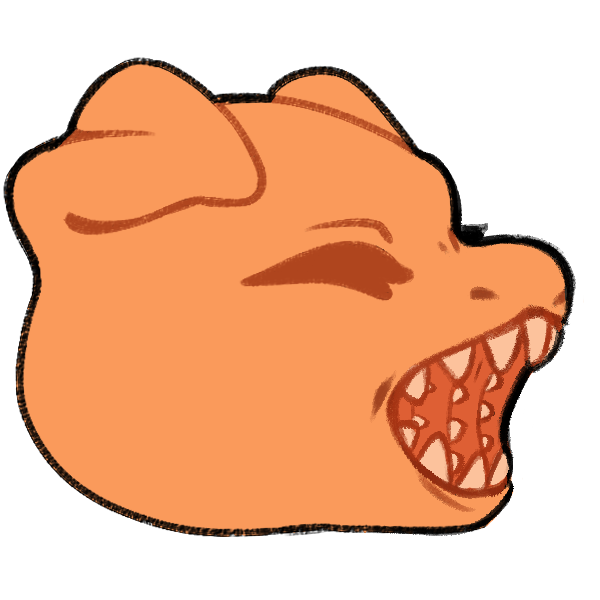 Mhoats have an extremely short snout and a mouth that is unable to close with the interior lined in rows of teeth. This trait allows them to eat things much larger than themselves, anything caught in their hold seeming to condense down into a consumable size due to some magic.