Welcome to
the Realm of Mynros!

This site is an ARPG for Mhoats, the Realm of Mynros world and it's other species.

Mhoats are a goat and insect mix-like species, varying in appearance, looking like goats or more feline or canine-like. A large part of the mhoat bodies are made of goo, allowing them to shapeshift, which most mhoats use to change between bipedal or quadruped forms. This goo also has the unique property of glowing in the dark. There are a subspecies of Aquatic mhoats that look more fish-like in appearance.

Vabbits are a rabbit-like species that are a recent addition to the Realm of Mynros as they were made by the mhoat gods Yel and Myn not long ago. They have large arms covered in plates that blows out steam. As they like to dig down and work in very hot temperatures.

The Realm of Mynros world has islands that are called turtonics, they are large dragon-like turtle islands that have parasitic fungus growing on them. The turtonics created mhoats to live on them for the purpose of eating/breaking down this fungus. They are the main living places for these species!

You can get a MYO by drawing and earning caps to buy them. We are also adding more lore, as well we have prompts and events to jump into at any time. If you'd like to join, please sign up~ 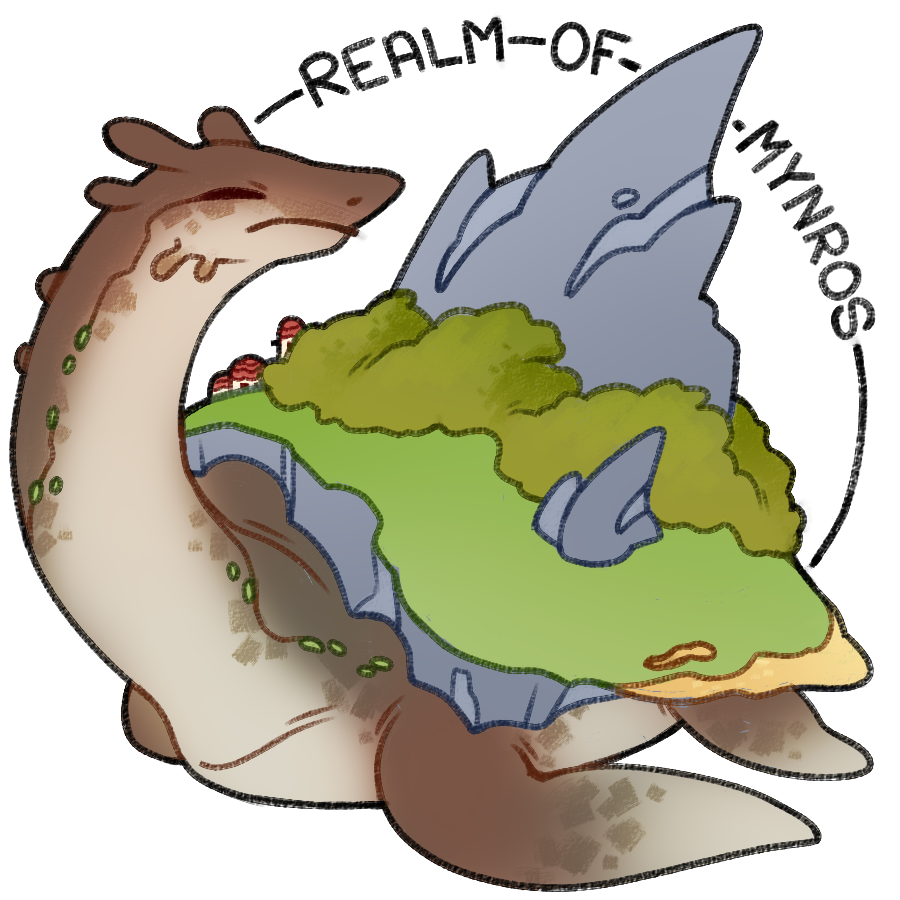