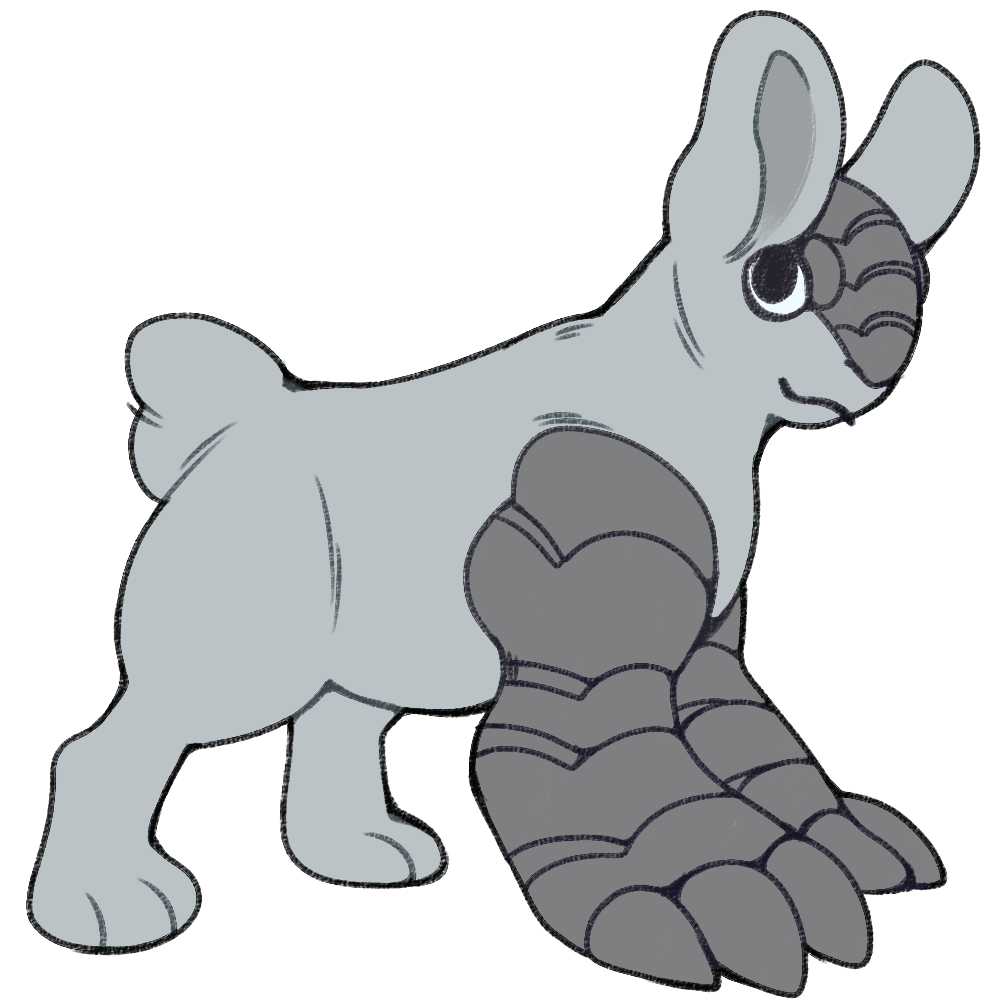 Vabbits are an underground dwelling species that have recently appeared on the islands' surface, they resemble rabbits and are covered in thick plating across their forearms and faces. The rest of their body is covered in a layer of insulated fur that protects them from extreme temperatures, something of a necessity as they appear to expel superheated steam from the vents in between their plating. They use this steam to soften dirt, rock, and various other tough substances to build large underground warrens and cities, which they call home.

Their time underground appears to have altered their stature, as they are quite a bit shorter than mhoats, standing at 3-4 ft whereas mhoats on average stand at 5-6 ft in their bipedal form. A vabbit's ability to stand is impaired by their top-heavy build, due to their heavy arms and a barrel chest that holds additional organs for their production of steam. As a result, most vabbits can only stand for short periods of time and prefer moving around on four legs. Some vabbits with longer tails can use these tails to maintain a bipedal stance longer than their short-tailed counterparts. Additionally, vabbits always have a high shoulder that slopes down into their back legs.

Given their insulated fur and the ability to release super-heated steam it should be no surprise that Vabbits have a natural affinity for fire magics. Additionally, they seem to be fairly in tune with the earth and able to pick up on this magic with the same amount of ease. Most other magics seem to be out of their reach or require an excess of effort to attain, a result of them being more stable in form than mhoats.