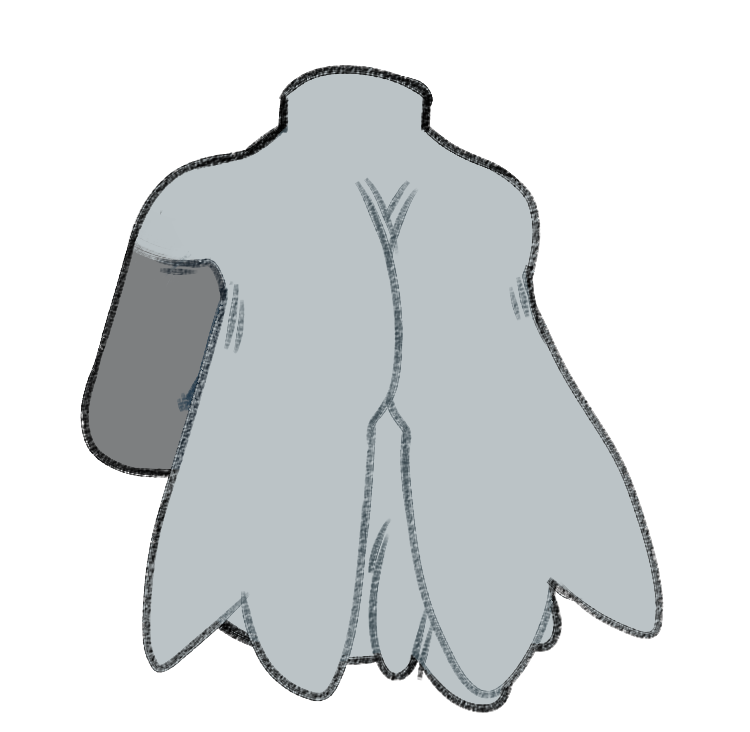 This trait isn't so much a wing as a type of skin draping that extends from the shoulders and mimics a cape. This trait has a lot of variety and can be highly decorative, even taking on the goo color to appear sheer and veil-like.  At its highest coverage, this wing type can extend to the front of the body to resemble a poncho. This trait can mimic the shape of other wing types and can be layered to appear like multiple wings, but since these aren't true wings they cannot appear to be functional when drawn and do not allow a mhoat to fly.