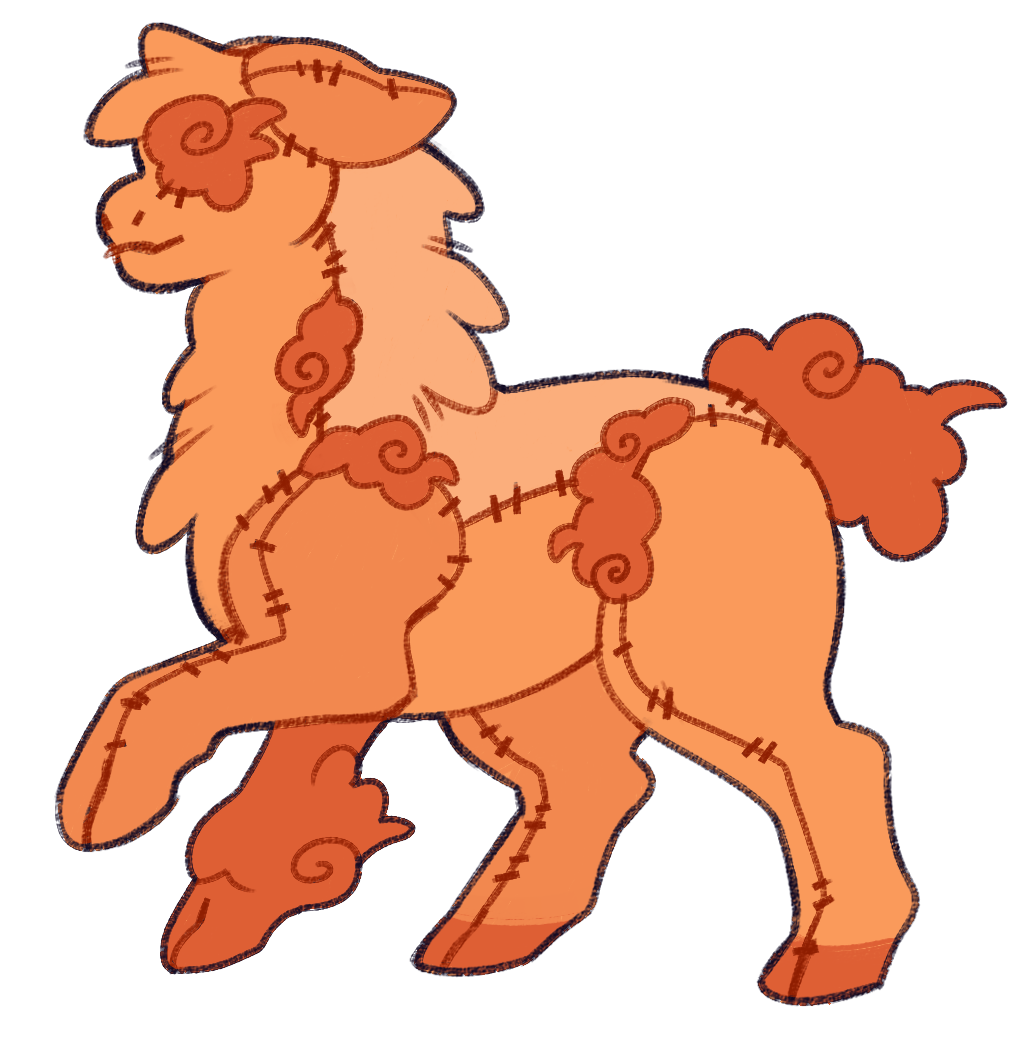 Mhoats with this trait tend to have a plush-like appearance; which means their plates appear and feel more fabric-like in texture and that the mhoat's body has a softer, squishier feel when squeezed. Additionally, mhoats will form seams where stitching appears and their goo can take on a stuffing-like appearance or have stuffing appear under the surface of the goo, popping out of the seams on parts of the body where goo wouldn't normally be visible. Given the extra flexibility to their plates, mhoat with this trait can at times have plates form where goo would normally exist without hindering their flexibility, but in turn, they are unable to transform the affected limbs when this occurs on their front limbs.

Stitching itself is not exclusive to this fall mythic, it can be applied to any mhoat as a decorative detailing or marking type beyond its use with the plushie trait.